In the highly unlikely event that you aren't already disgusted by the bigoted, sexist, racist, misogynistic, vile excuse for a human being - Donald Trump - then here's a friendly reminder that next month he is going on trial for allegations that he SEXUALLY ASSAULTED A 13 YEAR OLD GIRL. Yes, not only sexual assault but paedophillia too... nothing says amazing potential president quite like sex offender does ay?

The case follows two previous accusations of sexual violence made against Trump, including one made in 1989 by his first wife that he had brutally raped her. Considering the language the oh so lovely Mr Trump has used when talking about women in the past it's not hard to imagine that he is capable of crimes like these; degrading terms such as "pigs" "dogs" and "disgusting animals" are apparently synonyms for "women" in Trumps thesaurus, as well as his openly admitting to find his own daughter sexually arousing.

October 14th is when Trump will appear in court, presumably to disprove or prove the allegation - providing the American legal system isn't biased in favour of him as a rich white man in a rape case of course. Note the sarcasm. 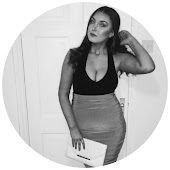